Hull-based charity that provides sufferers and carers alike with confidential, independent and non-judgemental advice and support.

SEED Eating Disorders Support Services is a well-established voluntary organisation who formed in 2000, became a charity in 2004, and at present supports both sufferers and carers in their personal journey to overcoming this devastating illness.

I.G.S. Networks has worked closely with SEED to ensure the transition from XP to Windows 7 was smooth and professional. I.G.S. Networks made certain that all files were compatible and synchronised across all devices as well as Hosted Exchange provided email solution for the office and on the go.

I.G.S. Networks ensured that we, as novices in IT, were fully supported at all times and that we were treated respectfully and with dignity.

Thank you so much for your continued support as we grow and learn from I.G.S. Networks. 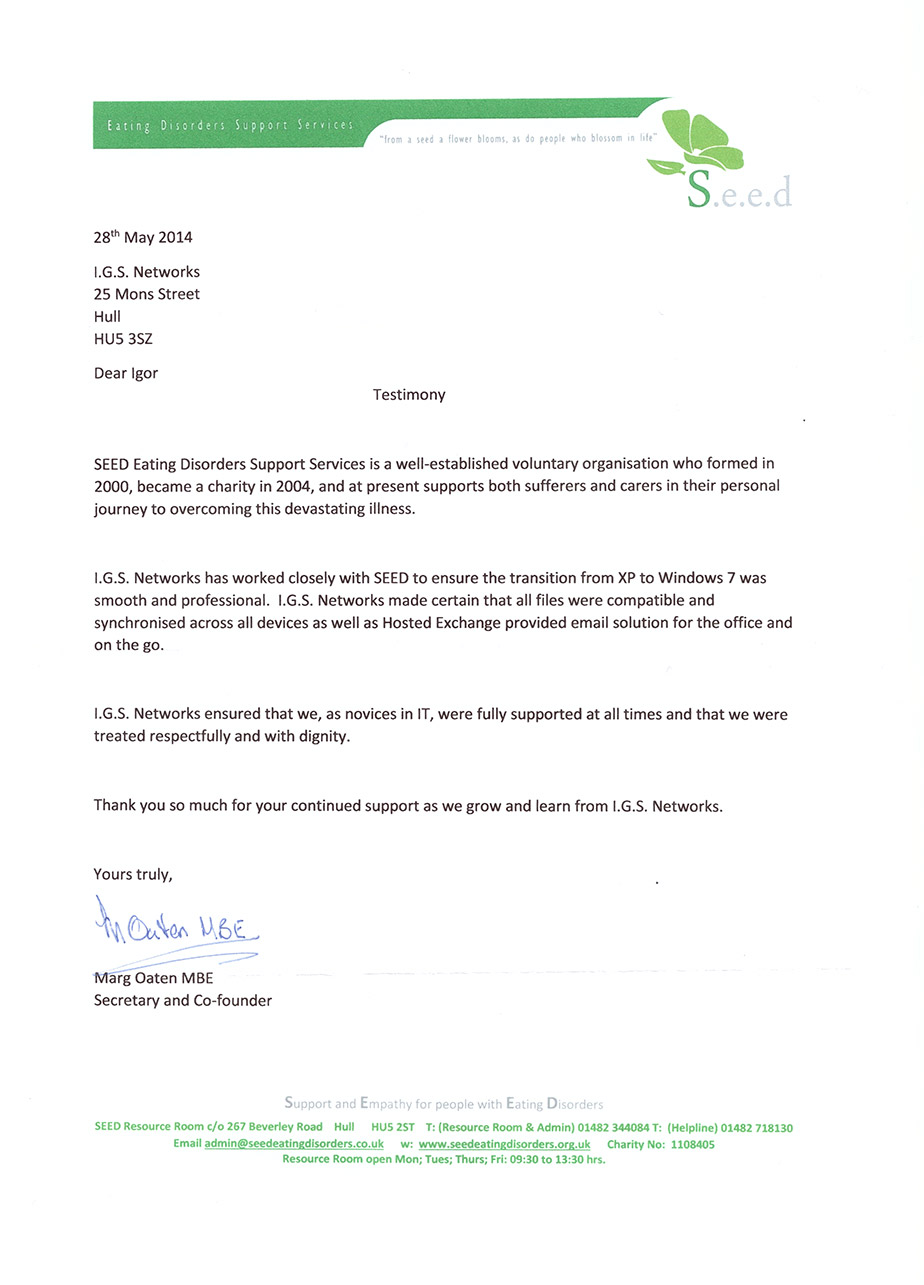